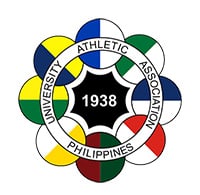 For the last century, basketball has been one of the most popular sports in the Philippines. Brought over from America in the early 20th century, it is estimated that 40 million Filipinos play basketball today. As a testament to basketball’s long-standing popularity, the University Athletic Association of the Philippines Basketball Championship has been contested for more than 80 seasons, first beginning play in 1938. Naturally, Philippines basketball betting is a popular activity in the island nation, even though local books don’t allow betting on Filipino sports and leagues.

If you want to legally bet on 2022 UAAP basketball odds, then, this guide will show you how to safely do so conveniently over the Internet. By using legitimate offshore betting sites, Philippine basketball punters (dunkers?) can easily find the latest UAAP odds, and our guide explains the gambling laws in the Philippines while sharing valuable information on UAAP college basketball itself.

Is It Legal To Bet On UAAP Basketball In The Philippines?

If done correctly, Phillippine college basketball betting is legal, meaning UAAP basketball bets are fair game. For access to the freshest 2022 UAAP odds, online offshore sportsbooks are the only legal option. Due to PH federal laws in the islands, Filipinos may not use PAGCOR-regulated offshore casinos (POGOs) for any type of betting or gambling, nor can they wager on the UAAP at domestic brick-and-mortar books. However, Filipinos are not prohibited from using non-POGO offshore casino websites.

So as long as these sites are licensed and regulated outside the jurisdiction of the Philippines, it is legal for Filipinos to use use them. Not only does this college basketball betting guide provide key information regarding UAAP basketball betting, but it also has a great list of offshore online casinos and sportsbooks that accept Filipino players. Continue reading for more details.

The following sites have been vetted by our team to ensure they are the best online sportsbooks available for betting on UAAP basketball. At each of our recommended offshore sportsbooks, safety, legality, and customer service all get top marks from users.

As of right now, no 2022-2023 UAAP odds are available. The 2020-2021 and 2021-2022 UAAP seasons were canceled due to COVID-19, and the forthcoming UAAP schedule has yet to be released for this season. When the new UAAP betting lines are up, this page will be updated accordingly. Be sure to check regularly for new odds.

About the University Athletic Association of the Philippines

UAAP Season 56 in 1993-94 introduced the Final Four format to the championship series, similar to the United States college basketball league. The league has used this tournament format ever since.

What Teams Play In The UAAP?

All eight teams in the UAAP are centered in Metro Manila, making travel easy and rivalries strong.

What Is The UAAP Tournament Format?

After teams complete their 14-game seasons in the UAAP, the tournament brackets are determined. In the current “Final Four” format, the top-seeded team earns an automatic bye to the Finals. The second-place team also receives a bye, automatically reaching Stepladder Round 2 with a twice-to-beat advantage.

The final two teams to make the playoffs, the third and fourth seeds, must play each other in a single-elimination Stepladder Round 1 game.

The seedings for UAAP Season 83 (2022-2023) have yet to be determined, as the campaign is set to begin later this year. This section will be updated when the 2022 UAAP tournament bracket is determined.

Since the start of the Philippine Collegiate Champions League (PCCL) basketball championship in 2002, the eight UAAP teams have dominated the tournament despite 250 other teams vying for the title. Overall, UAAP teams have won 12 PCCL championships. The Philippine NCAA is the only other athletic association to win a PCCL title. The UAAP was so overpowering in the PCCL that the tournament format was changed to accommodate smaller associations nationwide.

Since the UAAP Basketball Championship features just four teams that make the cut, the tournament begins and ends in just a couple of weeks (typically during November). For the 2022-2023 school year, the exact UAAP start dates are TBA.

The UAAP Basketball Championship crowned its first winner, Far Eastern University, in the 1938-39 season. Since then, the league has undergone multiple changes to its tournament format. The following list of past champions starts with the beginning of the Final Four era in 1993.