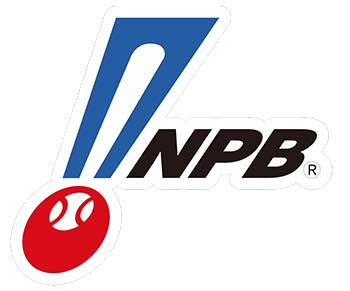 In Japan, Nippon Professional Baseball is a huge hit, but it’s also a home run across the sea in the Philippines. The NPB league, as the second most prestigious pro baseball league in the world (after the United States’ Major League Baseball league, or MLB), is a popular spectator sport and betting sport for Filipino punters.

With the Japanese sports market gearing up for the 2022 NPB season, it’s time for all you daily sports bettors to do the same. After all, baseball is a sports gambler’s bread and butter, as very few other athletic pastimes generate the daily intrigue – and daily betting lines – that pro baseball does. That’s where our Japanese baseball betting guide for Filipino gamblers comes into play, as we set the record straight on where and how to wager on this big brand of small ball.

Is It Legal To Bet On NPB Baseball In The Philippines?

Yes, it is legal to wager on Nippon Professional Baseball in the Philippines, whether you do so at a MegaSportsWorld (MSW) brick-and-mortar or online outlet or offshore via any reputable, licensed international sports betting site.

Philippine gambling laws do not bar access to sportsbook sites located outside of the country,  and PH gamblers are breaking no national or local laws by participating.

Where To Legally Bet On Japanese Baseball In The Philippines

You can bet on Japanese baseball if you live in the Philippines in one of two ways: at MSW retail venues or online via legitimate international sportsbooks. Both options are legal and safe, though if you wager online, you should only pick the most trusted sportsbooks in the industry, like the sites listed here.

Given the comparative lack of NPB odds offered by MSW, most Filipinos prefer the offshore route, both for its wide selection of Japanese baseball odds and its other gambling markets, which are also legal and safe for all real money betting.

All the sites in the table above have passed our thorough vetting process, and you are even encouraged to join multiple operators so you can shop lines to get the best NPB baseball odds for any given contest.

What Is Japanese Baseball?

Japanese baseball, officially called Nippon Professional Baseball (NPB), is the highest level of baseball in Japan and the second most prominent baseball league in the entire world (after the MLB).

Talent-wise, the league is often described by scouts as “AAAA baseball,” putting the NPB right above the top level of the MLB’s minor league system in the USA. Japanese baseball is considered to be slightly more competitive than Korean baseball (KBO), which is also a popular betting sport for Filipino punters.

The NPB was founded in 1950, and it is currently comprised of 12 teams across two leagues – the Central League and the Pacific League. The leagues have six teams apiece, each sponsored by a Japanese corporation, and every team plays around 146 games per season (though this can change slightly year to year, with the 2022 season slated for 143 games). The Pacific League winners and Central League winners then play in the Nippon Series – or Japan Series – to determine the season champion.

While the game has its quirks, the NPB is great for purists, particularly those who prefer classic “small ball” to the home run derbies that American baseball has become. For serious bettors and casual fans, the NPB really steps up to the plate!

At the best online sportsbooks for Philippines bettors, the NPB is covered in its entirety, with dozens of odds and lines for each game of the season and playoffs.

Of course, because NPB action commences six days per week, it’s important that you bookmark this page to get updated futures odds on the various NPB award winners, pennant winners, and eventual champion once those lines are posted.

You should also check your favorite sportsbook’s betting boards regularly to get updated lines for each game on the daily NPB baseball schedule.

Because of the coronavirus lockdowns that swept the world in 2020, the 2020 NPB season was delayed from its usual March/April start date and only saw 120 games played per team. However, the 2021 NPB season got underway as normal on March 26, bringing the sport back to its usual NPB schedule with 143 games per team.

For bettors, it might be helpful to take a look at the last season and plan their futures picks around those results. It’s important to remember that the 2021 NPB season went on a three-week hiatus after the all-star break in preparation for the 2020/2021 Summer Olympics before resuming later in the year and concluding in late November. This year, NPB teams won’t have that kind of break.

How To Bet On Nippon Professional Baseball In The Philippines

It’s very easy to bet on the NPB in the Philippines, as long as you know where to look. While MegaSportsWorld may occasionally offer betting lines on Japanese baseball, it isn’t a reliable outlet for that market. Of course, the best online PH sportsbooks that operate offshore have all the NPB lines for every single game of the season.

All you need to do to make safe, legal wagers on Nippon Professional Baseball is sign up for a membership at any site listed here and have a firm grasp on the game and the betting types available.

To sign up at any reputable online book, simply follow one of our provided links, click or tap the “Join Now” button at your site of choice, input your credentials, choose a funding method (we recommend Bitcoin or another supported cryptocurrency so you can be eligible for same-day payouts), select a bonus, and submit your ticket.

Then, all that’s left to do is browse the boards and pick the NPB betting lines you like. The wager types on offer will include the following, all of which use the American moneyline format:

These days, most Filipino sports bettors use their mobile phones to place wagers at legal online betting sites operating overseas. These sites require no downloads or updates, so you aren’t tied to what’s available in the Philippines App Store or Google Play store.

Whether you’re an iPhone sports bettor or Android sports bettor, you will get a custom touchscreen sportsbook experience that offers one-tap wagers and live updates, no matter where in the islands you happen to be.

All you need to enjoy true Philippine mobile sports betting is a decent smartphone or tablet, an Internet connection, and a membership at any legitimate Philippines online sportsbook. With those, you can literally wager from anywhere!

Baseball betting is already hugely popular, and as a statistician’s dream, it’s also a sports bettor’s dream. But with live NPB betting in the Philippines at offshore sportsbooks, you’ll get hundreds of more odds for every single game.

By betting on in-game lines that shift as the action does, you can recover bad pregame bets and double down on good ones. In-play wagering also makes the games that much more engaging and immersive, which is why it’s no surprise that live baseball betting on Nippon league baseball is such a hot commodity.

Best of all, you can place live bets via computer and mobile devices of all kinds, so you don’t have to be stuck at home to hit a home run!

While we covered the basics above, there are a few specific things to understand about the NPB, especially when it comes to PH bettors placing their very first wagers on this unique brand of baseball.

Using the MLB as a benchmark, the Japanese baseball league has some key differences, and these are listed below:

In general, Japanese baseball is very similar to both MLB baseball and KBO League baseball. However, it is more similar to the latter, and the following points of interest show Filipino sports bettors what to look for when comparing the game to the Major Leagues:

Typically, the NPB schedule mirrors that of Major League Baseball’s. The Japanese baseball league throws out its first pitch in late March to early April, wrapping up its postseason and the Japan Series championship in October.

Each of the 12 NPB clubs plays 146 games (73 home and 73 away), and each team plays each other team roughly 16 times. This gives Filipino bettors a huge wealth of data to draw from, especially when betting on the NPB during the second half of the season.

In total, the normal NPB season sees around 730 games, all of which have hundreds of betting lines at the best Philippines online sportsbooks. And that’s before you add in all the live NPB betting odds and custom baseball prop bets you can make using your site’s prop builder tool.

In 2004, the Pacific League changed its postseason structure, which was then mirrored by the Central League in 2006. Under the current NPB playoffs system – now called the Climax Series – teams are determined and seeded as shown below.

The Climax Series has three stages, with the first-, second-, and third-place teams in both leagues making the playoffs.

The Final Stage is the second stage of the Climax Series, and it pits the winner of the First Stage against the league champion, or number-one seed. That team is given a one-game advantage, which is why this series is a best-of-six instead of a traditional best-of-seven.

The winners of the Pacific League Final Stage and the Central League Final Stage (i.e. the pennant winners) face off in the championship round, called the Nippon Series or Japan Series. This series is contested in a 2-3-2 format, and because games can end in ties after 12 innings, the series can technically extend beyond seven games.

There are 12 NPB teams, with six clubs in each of the two leagues that comprise Nippon Professional Baseball. The Japanese baseball teams break down as follows: