Boxing has a long history in the Philippines and is the one sport that has produced the most recognizable names in Filipino sporting history. Boxing began before the Spanish colonization period when martial arts and fighting with weapons were popular among Filipino’s. Filipino’s had their own version of boxing called Suntukan, which means bare-hand fighting. During the Spanish rule, Arnis, Kali, and other weapon technique fighting was banned but underground clubs started bare-knuckle fighting for entertainment. The years after the Spanish colonization proved to be the most fruitful years and lead to 3 golden ages of boxing in the Philippines. Today legal boxing betting in the Philippines is practiced in multiple ways and the sport is more popular than ever in the Philippines and across the world.

Is It Legal To Bet On Boxing In The Philippines?

Yes, Filipino’s can bet online with legally licensed offshore sportsbooks or at the domestic sportsbook MegaSportsWorld (MSW). MSW offers boxing and many other sporting events to residents 21 and over that register an account with them. At MSW you will not be able to bet on domestic sporting events as the law forbids it but since most of the bigger names fight outside the Philippines it is very likely that there will be big boxing events that you can bet on at MSW locations. Filipino’s are also allowed to legally bet on boxing events with online sportsbooks if they are offshore and licensed by their gaming regulators. Online players will find several incentives including convenience, online bonuses, and portability options. Online players can wager on any sporting event, even Philippine amateur boxing events without the worry of prosecution. Advances in modern technology now allow for Philippine legal mobile sportsbooks to be played on any device, tablet or smartphone. 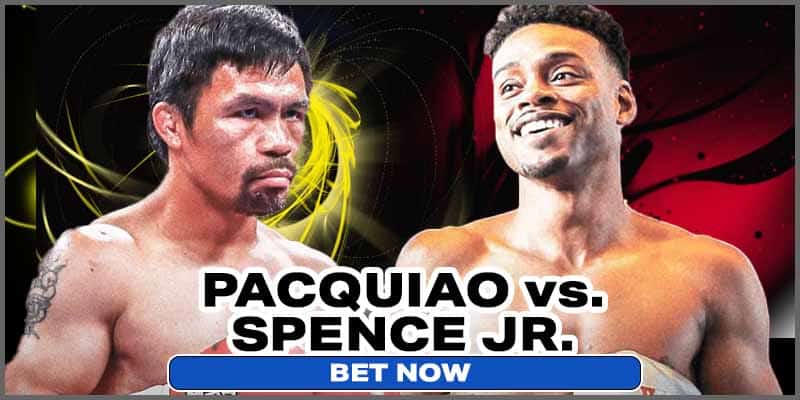 Best Legal Sportsbooks For Betting On Boxing In The Philippines

Can I Legally Bet On Boxing Online In The Philippines?

Boxing odds work like all other odds found in sports betting. Money line and over/under bets are closely associated with the sport of boxing and favorites are often determined by their odds. A fighter that has a (-500) money line is a heavy favorite to win the fight and a bettor would have to wager $500 to win $100. A fighter that has (+1000) money line is a huge underdog and bettors who risk $100 would win $1,000 if their fighter won the fight. Over/under bets are also often associated with boxing and usually look a lot like money line bets but offer different scenarios. An over/under bet might look like “Under 5 rounds -110, over 5 rounds -110”, meaning that a player would choose either above or over and would then have to wager $110 to win $100. Betting on boxing doesn’t always consist of who wins the fight, there are also a lot of propositional bets and players can even bet on who will win individual rounds among other things. Our guide to Philippine online sports betting goes further in depth and is a useful tool for players looking to go online and bet on boxing.

As mentioned above the Philippines has already had 3 golden ages of boxing in its short professional history. In 1921, boxing was legalized, and the Olympic Boxing Club was established in Manila. The first golden age emerged when Filipino fighter Pancho Villa won the universal world flyweight championship in 1923. He would go on to defend his world title 3 times before he died in 1925. The second golden age of fighters was in the 1950’s when Gabriel “Flash” Elorde beat the reigning world featherweight champion Sandy Sadler in the Rizal Memorial Sports Complex in Manila. Elorde would go on to win the world super featherweight championship in 1960. He was the most popular Philippine fighter since Pancho Villa. Gabriel “Flash” Elorde defended his title 10 times and held his status for 7 years. The third golden age began in 1998 when Manny Pacquiao won his first flyweight world championship. Pacquiao would go on to win world championships in more than 8 different weight divisions making him a legend in the sport. In the early 2000’s Pacquiao was named “Fighter of the Decade” by the Boxing Writers Association of America.

There have been many Filipino boxers over the past 100 years that have put Filipino boxers on the world map but here are just a few of the most outstanding boxers based on their accomplishments and awards.

The most awarded Filipino boxer in history is now a Senator of the Philippines, Manny Pacquiao. He is accredited for revamping the sport and aspiring many young fighters across Asia. He is considered a legend of the sport and will go down in history as one of the all-time greatest fighters in the world.

Donaire has won 4 world championships in 4 different weight classes. In total, he has won 7 world titles in recent years. In 2012 he was named fighter of the year by the Boxing Writer Association of America. He is still active, and his current professional record is 38-4 with 24 KO’s.

Elorde made his professional debut in 1951 and would go on to be the longest reigning world junior lightweight champion ever. He is accredited for ushering in the 2nd golden age of boxing for the Philippines and ended his career with a professional record of 88-27-2 with 33KO’s.

Pancho was only 5”1’ and never weighed more than 115 pounds but would ultimately become the first Asian to win the World Flyweight Championship. He was never knocked out in his entire professional career but died when he was only 23 from complications following a tooth extraction. He professional boxing record was 89-8-4.

Resources For Boxing Fans In The Philippines