The eSports industry is becoming a global phenomenon and just like with traditional sports, like basketball or baseball, you can bet and try to win money on the outcome of the games and matches. Most economic experts predict around ₱1,277,460,000,000 will bet globally on eSports each year by 2020.

Currently, teams and gamers are competing in the Road to the Nationals, which will decide who will compete in The Nationals next year. The Nationals, the first eSports franchise league in the Philippines, will likely draw a lot of action from Philippine eSports gamers and fans when it launches in 2019.

Is online eSports betting legal in the Philippines?

Residents of the Philippines who are age 18 and over can bet money on eSports at online licensed offshore sportsbooks. Below are the best and most trusted eSports betting websites to wager on not only eSports in the Philippines but on teams and gamers from around the world who compete in all eSports leagues, events, and tournaments in Dota 2, League of Legends, Counter-Strike, and many more.

Best eSports Betting Sites for Residents of the Philippines

Legal Betting on eSports at MegaSportsWorld

MegaSportsWorld (MSW) is the Philippines domestic sportsbook the country offers to its residents. While MSW does not allow betting options on Philippine events, the sportsbook does offer lines on events outside of the country on an international level. Unfortunately, MSW only currently offers betting lines on traditional sports and doesn’t have eSports added yet, but we will be sure to update Philippine residents the moment they offer lines on international eSports leagues and tournaments. The online betting sites listed above do offer lines for eSports betting. 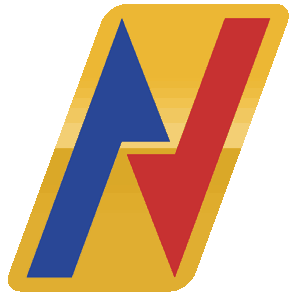 In 2019, the Philippines began their inaugural season of the first ever eSports league called The Nationals and professional teams and gamers are competing in one of three video games split into three separate gaming categories: PC, Mobile, Console. The video games chosen are:

Teams and gamers from around the Philippines competed in 2018 from August to October in the Road to the Nationals, a qualifier tournament for each of the three video games chosen.

Once the field has been narrowed down to 8 teams for each game, the remaining teams will compete at ESGS 2018 held at the SMX Convention Center in Pasay City from October 26-28 and winning teams will receive millions of pesos in prize money and a chance to get drafted to one of the franchise teams competing in The Nationals.

Both the Road to the Nationals tournament and The Nationals eSports league will be broadcasted on ESPN5.

When it comes to gamers and fans from the Philippines betting on eSports leagues and tournaments taking place around the world, the online sportsbooks mentioned above have numerous options. Here are the eSports that consistently have betting lines available by the most trusted legal online sportsbooks in the industry:

Betting on simulated sports play has become so popular recently that sportsbooks haven’t had time to catch up to the phenomenon, and often do not provide guidance regarding the differences between each option. eSports, sims, and virtual sports share many of the same aspects, but they are separated by a few crucial aspects, which we detail below.

Just like eSports, video game sims use popular competition videogame franchises and provide betting odds on the results. The most significant difference is that there are no human players involved to control the teams or athletes. The players and teams that are featured represent facsimiles of real players and real organizations, and odds will be based on the prowess of their real-life counterpart. Games are shown through to their completion via a live stream, and weather conditions are chosen prior to the game that can affect the outcome. These sims are based on athletic competitions and do not feature the military or battle games that are sometimes used in eSports.

Just like sports sims, virtual sports feature no human involvement, with random numeric data generating the outcome inside of computer software. The contests are shown on screen and are made up of fictional athletes and teams and do not reflect any existing entities. The virtual games available for betting on include but are not limited to basketball, soccer, and varieties of racing. Team sports are shown in abbreviated highlight form, while races are shown in their entirety. Odds are offered that resemble betting lines that you’d see when wagering on the games that they are replicating, but it is more challenging to do your homework because there isn’t much historical background to refer to. Games recur every few minutes, offering maximum betting opportunities.

Q: What is betting on eSports?

A: Yes, any Philippines resident at least 18 years of age can place bets at online sportsbooks on eSports.

Q: How do I sign up to bet on eSports?

A: It’s simple. Just choose one of the betting sites at the top of the page and enter in the required fields of information.

Q: How do I make a deposit to bet on eSports?

A: After you’ve chosen an online sportsbook, choose the method of deposit whether it be with a credit card, debit card, wire transfer, Bitcoin or other cryptocurrencies, etc. Once the transaction is processed, available within 24 hours in most cases, you’ll be allowed to bet on not only eSports but other sporting events happening around the world.