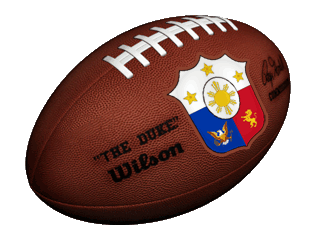 Not only can Filipino’s watch their favorite Philippine teams, but they also have access to the American National Football League (NFL). Only time will tell if the PAFL will have a positive impact on Filipino’s and if football will become more prevalent among the sports that many of the youth play. This page was constructed to offer more info on Philippine-American football and the multiple ways residents can participate in sports betting in the Philippines.

Is Betting On Football Legal In The Philippines?

Yes, in the Philippines residents have two options for betting on football; domestic bookmakers and offshore sportsbooks. Online sportsbooks offer up money line, over/under, prop bets and more for the American NFL league but since the PAFL is still in its infancy it would be hard-pressed to find any Filipino matchups. Online sportsbooks usually have great incentives for betting on their site and many users take advantage of the bonus options and promotions. The Philippines island nation is an enthusiastic segment of the international NFL betting market.

Sports bettors also have domestic options for betting on NFL football in the Philippines. MegaSportsWorld (MSW) is a domestic bookmaker that is overseen by PAGCOR and also accepts bets on American football. While they lack the incentives, they do offer up a plethora of international sports that can be wagered on. However, online MSW services are very restrictive and unavailable to most players, so sports enthusiasts looking to wager on PAFL games are pretty much out of luck until the league gains more international notoriety and is included in the betting lines at the offshore sportsbooks.

Best Online Sportsbooks For Legally Betting On Football In The Philippines

What Type Of Bets Are Placed On Football?

Football betting is one of the best ways for fans to get closer to the game in an interactive manner. There are a variety of different types of bets associated with football betting, some of the more popular bets placed on football are:

NFL betting is popular around the world, and Filipinos can get in on the action with the assistance of offshore sportsbooks that offer NFL game lines, prop bets, live betting, and more. The Super Bowl is currently one of the biggest wagered-on sporting events in the world.

The Philippine-American Football League is currently awaiting the resumption of its fourth season, which was suspended in 2019 after just four games due to COVID-19.

The league consists of 7 teams, and games are played on Sunday at the Blue Pitch Circuit in Makati. The seasons – just five games before the brief PAFL playoff tournament – are short compared to the 17-game NFL season, but in time, there will be additional teams and games added to the fledgling league.

Uncertainly around the coronavirus has apparently delayed further action until 2022, but it looks like the PAFL – founded in 2016 – is still healthy and has high fan and bettor demand to keep it afloat.

The league consists of 5 teams that compete for a chance to win the Woman’s Passing League Tournament. The teams practice and play on Sundays usually before the men’s games. Observers and PAFL enthusiasts say that the sport is growing.