While American football is just getting a foothold in the Philippines, there is no better time than right now to bet on the National Football League (NFL) with numerous betting lines and odds available at the online sportsbooks for one of the most popular professional sports leagues in the world.

Below you’ll find a guide to finding NFL odds online and betting on them without violating any gambling laws. We also supply NFL betting tips so that wagers can be placed at online sportsbooks with confidence.

Is it legal to place online bets on NFL odds in the Philippines?

Yes. Philippine citizens who are age 18 or older are allowed to use offshore licensed sportsbooks for legal football betting. Below are the most respected online sportsbooks in the industry, with each being 100% legal and safe to use when betting on NFL games.

Top Online Sportsbooks for NFL Betting in the Philippines

In addition to online sportsbooks, Filipinos can bet on NFL games at MegaSportsWorld (MSW), a domestic sportsbook for the residents of the Philippines. Residents of the Philippines are not allowed to bet on local events, but luckily for Filipinos, the NFL Sunday odds are considered an international event since National Football League games are played in the United States.

How To Bet On NFL Odds Online

When betting on the NFL in the Philippines, there are numerous types of bets a Philippine resident can place. Here are some of the most common NFL bet types you can expect to see offered from online sportsbooks:

Betting on Super Bowl 56 in the Philippines 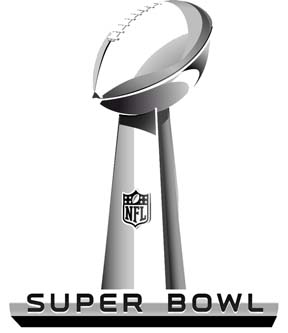 Super Bowl LVI will be one of the most bet-on games in the history of sports, especially given the anticipated rematch between Tom Brady and the Tampa Bay Buccaneers against Patrick Mahomes and the Kansas City Chiefs. There are still several weeks games to be played prior to the AFC and NFC winners become eligible, but futures odds are on the boards now taking action.

For residents of the Philippines, the game will be played and broadcasted at 7:30  a.m. GMT on Monday morning, February 14, 2022, from SoFi Stadium in Los Angeles, CA, in the United States.

How Can I Bet on Super Bowl 56 in the Philippines?

Super Bowl LVI is sure to attract tens of millions of dollars – if not much more – from Filipino sports bettors. Each of the sports betting sites featured on this page are legal in the Philippines, and Filipino locals are allowed to sign up and bet real money on the biggest NFL game of 2022.

Where can I watch the 2022 Super Bowl in the Philippines?

For the Philippines, the easiest way to watch the game would be to choose any of the streams at r/nflstreams on Reddit. You will see a thread for Super Bowl LVI approximately one hour before kickoff, and there will be tons of streams to choose from. The game is often carried on regional television but the network fluctuates from year to year. Many local NFL fans opt to patronize a sports bar to watch the Super Bowl.