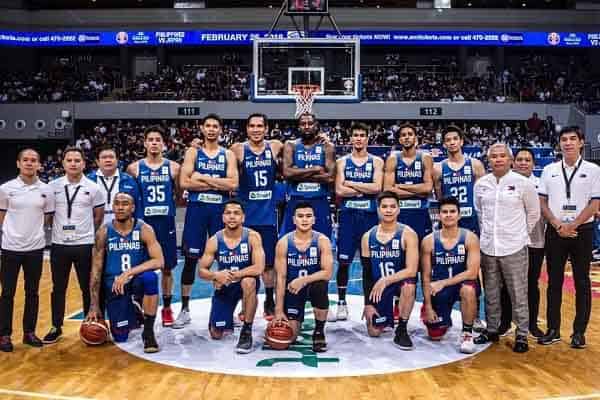 On Thursday, the Philippines men’s national team arrived in China ahead of the 2019 FIBA Basketball World Cup. The 32-team tournament officially gets underway this weekend.

As part of Group D, Gilas Pilipinas will kick things off as a sizable underdog against Italy at 7:30pm PHT on Saturday, August 21.

The other two teams in the group are Angola and Serbia, and all Group D games will be held at the Foshan International Sports and Cultural Center in Foshan, Guangdong Province.

As a basic overview of the first-round FIBA format, each team plays each other team in its group for a total of three games per team. The two teams with the best records move on to Round 2 of the tournament, while the other two teams will drop to the classification stage.

The classification stage is used to determine final FIBA placement and international rankings for future events.

While Gilas Pilipinas previously competed in the 2014 iteration of the FIBA World Cup (making this their second straight tournament appearance), they didn’t fare well, finishing with a record of 1-4. However, they did maintain a respectable point differential of just -21 in those five games.

Clearly, the team hopes to do better this time around.

That said, as a 17.5-point underdog to Italy, their work will be cut out for them. Nevertheless, barring an upset in the opener, if the Philippines men’s team can find any measure of success against Angola or Serbia, a Round 2 berth should be in the cards.

If you wish to wager on the FIBA World Cup, legal online Philippine sportsbooks have posted odds for the first round of the tournament. (The lines listed below are courtesy of BetOnline.)

During qualifiers in July 28, the Philippine team courted controversy against Australia, with the so-called “Manila Melee” resulting in fines of 15,654,000 PHP (360,000 USD) and several personnel bans.

Nevertheless, the Gilas Pilipinas, with an adjusted roster, punched its ticket to the prestigious tournament, where the club promises to be more disciplined on and off the court. Fans of Philippine basketball have plenty to look forward to with this team of seasoned veterans.

The Gilas Pilipinas final roster is comprised of the following players:

You can follow the 2019 FIBA World Cup through the official tournament website, and games are available to stream via ESPN+. Coverage will be handled by ESPN5 in the Philippines.