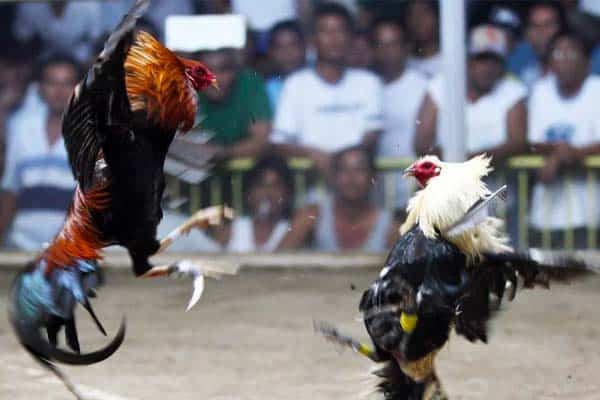 2020 has already been one of the craziest years that many people can remember, but it is not over yet. To top off the year, a 38-year-old Philippine police officer has been killed in a freak accident involving an illegal cockfighting raid.

To help combat the coronavirus’s spread, the Philippine government has banned legal cockfighting to restrict people from gathering at the events. However, some events are still being held in defiance of the order.

Earlier this week, the Philippine National Police (PNP) was notified of an illegal cockfighting operation in the province of Northern Samar. To enforce the restrictions, the PNP conducted a raid on the operation. Lt. Christian Bolok was part of the team that conducted the raid and unfortunately lost his life when he tried to wrestle a cockfighting rooster.

Reports state that when the police raided the location, spectators scampered and left the roosters behind. The PNP then tried to wrangle the loose cocks when Lt. Bolok was cut by a gaff attached to the fighting cock. The gaff slashed the officer’s femoral artery in his leg when he was trying to grab the cock.

Col. Arnel Apud told the media that it was a freak accident, and not long after the officer was cut, he died on the scene. Lt. Christian Bolok was a 13-year officer and a father of three. Since the freak accident, several groups have proposed banning cockfighting; however, the tradition is protected by HB8910.

Betting on Cockfighting (Sabong) is typically placed in the arenas, but there is some effort to allow online e-sabong betting in the future. While it is not likely to pass after this incident, PH bettors hope that the sport will be wagered online one day.