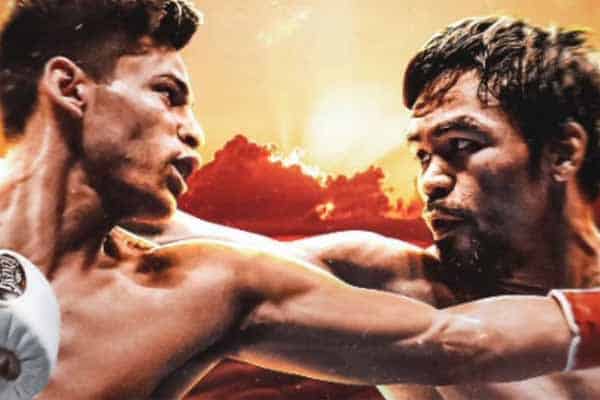 With Manny Pacquiao retiring rumors circulating, several fighters are jousting for position to fight the legend before he hangs up the gloves for good. Mikey Garcia, an American boxer with a professional record of 40-1, believes he should be one of those fighters and said he is willing to bet $2M on himself to take down the Filipino boxing legend.

Critics believe a $2M bet on Mikey Garcia would be a foolish bet due to how the fighter looked in his last two bouts against Errol Spence Jr and Jessie Vargas. However, a fight with Pacquiao would generate good PPV money and should net each fighter a few million that they could legally wager on boxing if they choose.

Garcia hasn’t fought a fight in over 13 months and has recently gained weight that he would have to lose to fight Pacquiao at 145lbs. Over the past three years, Garcia has fought a total of two fights, both of which ended in a decision. In 2019, Garcia lost his first fight to Errol Spence Jr. via decision. In 2020, Garcia squeaked out a win over Jessie Vargas via decision.

Pacquiao hasn’t fought since 2019 either and won his last two fights via decisions over Adrien Broner and Keith Thurman. Since then, Pacquiao has focused on his Senator duties and dealing with the pandemic, though he has expressed his interest in fighting again before retiring.

Manny Pacquiao is currently 42 years old and still holds the belt for the WBA Super welterweight division. Pacquiao recently said he is leaning towards Mikey Garcia, but Terence Crawford is still not ruled out when asked about his next fight.

Early odds for the fight favor Pacquiao, but the lines are expected to shift when and if the fight gets announced in 2021. Below are the odds for the possible bout from BetOnline.

For now, we will have to wait and see which fight Pacquiao decides to move forward with for 2021. Initially, Pacquiao had intended to fight Conor McGregor in a boxing ring early this year, but that option fizzled after McGregor lost in UFC 257.