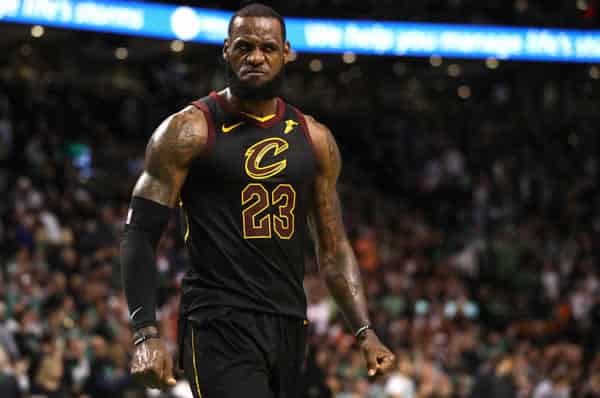 This weekend was exciting for professional basketball fans as we watched two Conference Championships end that paved way for two teams to reach the NBA Finals. What turned out to be two exciting series ended over the weekend when both the Golden State Warriors and the Cleveland Cavilers won remarkable game 7’s. With the results of the Conference Championships, fans will now once again see NBA history as the Cleveland Cavilers and the Golden State Warriors face off in the NBA Finals for a 4th time in a row.

Golden State fought a hard series against the Houston Rockets to advance to the 2018 NBA Finals. The series came down to game 7 and until after halftime, it looked as if the Warriors were going to lose. James Harden led the Rockets to an early lead as he was playing lights out in the first half. In the end, the Rockets just couldn’t contain the firepower of Kevin Durant and Stephen Curry. Not many fans would argue that Golden State has solidified themselves as a powerhouse franchise and one of today’s top teams in the NBA over the past 3 seasons. Golden State has now been favored in the last 3 NBA Finals as they will be surely favored in this year’s match-up. The Warriors current starting five consists of Stephen Curry, Kevin Durant, Klay Thompson, Draymond Green and Andre Iguodala.

Stephen Curry is one of the top players for the Golden State Warriors and their standout starting point guard. Over the past few seasons, Curry has been on fire and has lived up to the nickname, the splash brothers, referring to him and Klay Thompson. Arguably one of the best offensive players in the game, Curry has also been referred to as the greatest shooter in NBA history. While that might seem a stretch, there is no doubt that he has been a significant part of their success in recent years.

Kevin Durant has catapulted the Golden State Warriors to another level since his arrival to sunny California in 2016. Kevin started his rookie season in Seattle before he was traded to the Oklahoma City Thunder (OKC) the following year. In Oklahoma, Durant was a standout player and his point scoring abilities eventually won him the NBA MVP in the 2013 NBA season. While at OKC it was apparent that he was lacking a championship contending team around him, so when given the opportunity he took a deal that landed him with the Golden State Warriors. The deal worked out for him and he went on to win the NBA Finals MVP and his first NBA Championship in his first season with Golden State.

The Cleveland Cavilers won game 7 against the Boston Celtics and fans are saying that LeBron James carried his Cavilers to another Finals appearance. The series was a close one that had fans on their seat until the final minutes of game 7. LeBron played phenomenal during the series and some critics are saying he carried his team to the Finals. While it is obvious that LeBron is the top talent for the Cavilers he couldn’t make it there without exceptional talent around him. Last year Golden State won the NBA Finals over the Cavilers in 5 games with the Cavilers only pulling off one win in the series. There is no doubt that James and Cleveland want some payback, but will they have enough to take out the Warriors? Most critics tend to think this year’s Finals will be much like last years with the Warriors lifting the championship trophy again.

LeBron James has been on fire in the 2018 NBA Playoffs. His team has had their backs to the wall several times this postseason, but LeBron always seems to dig his team out of it. LeBron has been compared to Michael Jordon since he has entered the league and his stats are showing why. This year, LeBron surpassed Jordan for more 40+ point games in post-season play, only growing his legacy. LeBron has also made 9 NBA Finals appearances and has been to the last 8 NBA Finals in a row with 2 different teams. Even his toughest critics must admit that is domination. No other player has even come close to that many Finals in a row. Rumors have recently swirled about LeBron and if he will stay in Cleveland or become the NBA’s next lottery pick.

The Cavs and the Warriors have become the most talked about rivalry in professional sports. The 2018 NBA Finals will mark the 4th time in a row that the two teams have met at the end of the season with all the stakes on the line. Golden State has won 2 out of 3 NBA Finals against the Cleveland Cavilers with their most substantial win coming last year in just 5 games. This year many fans would agree, that Golden State is the heavy favorite and will likely take home another championship trophy.

Vegas betting lines are also showing Golden State as a heavy favorite. Filipino fans can join in on the legal sports betting fun with the use of offshore licensed sportsbooks. Online you will find several ways to wager on the NBA Finals including prop bets, money line bets, and future bets. Philippine residents can also find several Philippine Basketball Association (PBA) games online that are legal to wager on. The 2018 NBA Finals will begin June 3rd at 8:00 pm and will be televised on ABC and their affiliates.