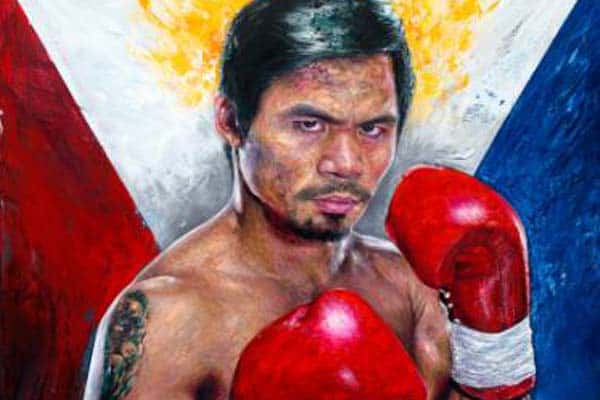 Manny Pacquiao proves once again why he is a class act professional boxer beloved by many people around the world.

When Manny was told the news, he responded with a subtle “we will pray for him” response. Manny went on to say that this is entertainment and that they have to do their job inside of the ring. Outside of the ring, however, Manny said they should be compassionate, friendly, and help others.

Pacquiao is a former 8-division champion in the sport of boxing and a current Senator in the Philippines. His last fight was a little over 6-months ago when he faced Lucas Matthysse in a fight that ended in a knockout. The knockout was fairly nonchalant, but it was Manny’s first knockout in over nine years.

Manny has had a decorated professional boxing career and according to Forbes, he was the second highest paid athlete in the world as of 2015. He was also named “Fighter of the Decade” by the Boxing Writers Association of America (BWAA).

Online sportsbooks currently have Pacquiao as a heavy favorite in the fight. BetOnline currently has the Pacquiao money line at -260, and Broner at +200.

Since the fight is located in the USA, Filipinos will be able to place their bets at MegaSportsWorld locations around the island but the most favorable lines tend to be online with legal online sportsbooks.

The Pacquiao vs. Broner fight is scheduled for January 19th, 2019. This will be the first time Manny Pacquiao has fought in the United States in over two years. The fight will take place at the MGM Grand Garden Arena in Las Vegas, Nevada. The fight will be broadcast on Showtime PPV.