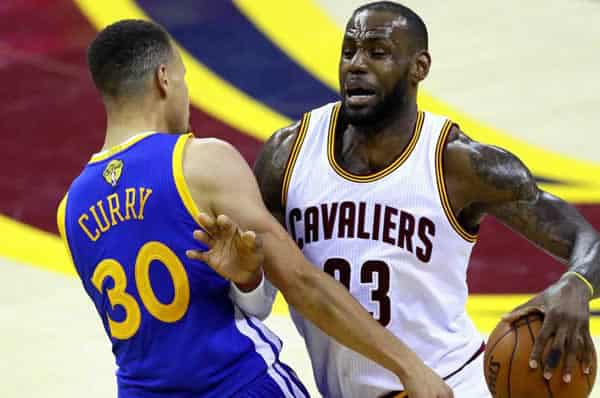 This was the year the Golden State Warriors were supposed to be dethroned in the Western Conference. The Houston Rockets were built to defeat the Warriors and came close but ultimately failed with losses in Game 6 and 7 (to be fair, Chris Paul didn’t play in both of those deciding games). Now, the Warriors are up for their third championship in 4 years. All that stands in their way is the Cleveland Cavaliers.

Golden State was a dominant basketball team before adding Kevin Durant. Since they secured OKC’s former top player they have dominated the Western Conference and won another championship. The Cavs-Warriors saga is about to enter its fourth installment and Durant will be in his second with the team. Durant has been averaging 29 points per game on 47.9 shooting percentage. His 3-point percentage is at 32.8 and his free throw percentage at 88.8.

Durant may be the top scorer right now, but Steph Curry is the franchise’s golden boy. Curry has been with the Warriors for his whole career, including their rise to dominance about 5 years ago. He entered the Playoffs injured and sat out for a few games against the Spurs. Since coming back, Curry is averaging 24.8 points, 6.1 rebounds, 38.5 3-point percentage and 93.9 free throw percentage. Curry has been off in some games, leaving some cause for concern, but he has enough talent around him to pick up the slack. He also tends to show up when it matters most, like his 27-point/9-rebound/10-assist performance in Game 7 against the Rockets.

Klay Thompson is the most overlooked Warrior on the team. He goes unnoticed but adds a dynamic element to the offense and overall team play. Thompson has averaged 20.5 points this postseason and had 19 in the Game 7 win in the Western Conference Finals. He was able to swing the momentum in the Warriors’ favor during Game 6 at home. Thompson will be an asset to the Warriors in this series and present another player to worry about if you’re a Cavalier.

Draymond Green has been dominating but not in his usual scoring way. He has posted strong rebounding numbers throughout the Playoffs and plays good defense. On the offensive front, Green’s play is lacking. He cost his team the game during Game 5 on a dropped pass that gave Houston the ability to close it out. Green is controversial for his rough style of play, but his rebounding and defensive strengths help elevate the team to another level.

The Warriors are vulnerable in missing Andre Iguodala, one of their best defensive players. The team is confident they would have dispatched the Warriors in less time if they had Iggy in the lineup, but he has been out with an injured knee. There is no telling if he will be back for the NBA Finals or not. He hasn’t really been given a proper diagnosis but is unable to play. If Iggy misses the Finals, the Cavs will catch a break when it comes to defensive pressure.

On top of the 4 All-Stars mentioned above, there are role players like Shaun Livingston, Nick Young, David West and Zaza Pachulia to worry about. The Warriors need to get their 3-point shooting to go early if they want to bury the Cavs. Once they get going, they are hard to stop. Between Durant, Curry, and Thompson, there are enough scoring options to run rampant on the Cavs’ weak defense. There is potential for a Warriors sweep, but if not, we expect them to close out the series in 5 games. Filipinos can legally bet on the NBA Finals with offshore sportsbooks that provide, moneyline, over/under, prop or future bets, and more. 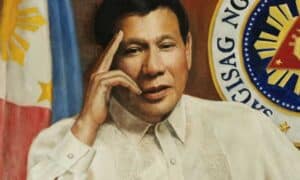 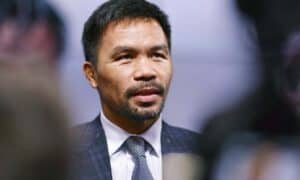