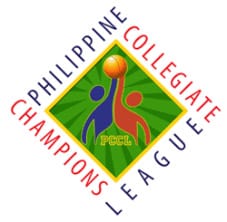 Basketball is one of the most popular sports in the Philippines. Originally brought to the islands during the American occupation, the sport grew in popularity over the last century. Today, some 40 million Filipinos play basketball regularly.

Like basketball, sports betting is another popular pastime throughout the islands. Filipinos have access to a variety of basketball betting options, including placing wagers on the Philippine Collegiate Champions League, or PCCL. A championship tournament between multiple collegiate associations, the PCCL was established in 2002 and has been open for betting ever since.

Due to Philippine law, you can only bet on the PCCL at licensed and regulated offshore sportsbooks. For Filipinos planning to bet on the PCCL this year, this guide can help you find betting lines, odds, and legal online avenues for safe PCCL basketball betting.

About The Philippine Collegiate Champions League

The PCCL was established in 2002 as the Collegiate Champions League (CCL) by former PBA chairman Reynaldo Gamboa. Six years later, the Samahang Basketbol ng Pilipinas sanctioned the CCL and renamed it the Philippine Collegiate Champions League. Teams from all regions of the Philippines are eligible to qualify, making the PCCL tournament one of the most open playoffs in the world.

Despite this, the University Athletic Association of the Philippines (UAAP) has dominated the tournament over the years with their rival NCAA basketball teams doing well, too. As a result, provincial teams have had limited success. However, thanks to a 2018 change to the format, smaller teams now have a better chance of reaching the championship round. More information on these changes can be found below.

Is It Legal To Bet On The PCCL?

In the islands, Philippine college basketball betting is permitted if done through the appropriate channels. One of the easiest ways to bet on sports in the Philippines is through online casinos or sportsbooks. While Filipinos are not allowed to use PAGCOR-regulated sites (i.e. POGOs) or place wagers on local sports teams at brick-and-mortar casinos, offshore operators pick up the slack in a big way.

Of all the recommended online betting sites listed in this guide, each accepts Filipino players aged 18 and up. Because of their offshore regulation in their own home countries, Filipinos may use these sites without fear of breaking any Philippine gambling laws.

Best Sites For Betting On The 2022 PCCL

When the odds are finally announced, the following sites can provide bettors with the best PCCL betting action.

As of right now, the 2022 PCCL odds are not yet available, as the start date for the new PCCL season hasn’t been announced. When the 2022 PCCL schedule is finally released, however, this page will be updated accordingly. Be sure to check back periodically for any changes.

Teams Participating In The 2022 PCCL Tournament

The PCCL comprises roughly 250 teams in multiple associations throughout the Philippines. Basketball teams come from Metro Manila, North/Central Luzon, South Luzon, Visayas, and Mindanao. For a full rundown of  PCCL teams, a list is available under the “Participating Leagues” tab on the official PCCL website.

Important Dates For The PCCL Tournament

Qualifiers for the 2022 PCCL have not yet started, and it is unclear when exactly they will get underway.

The PCCL tournament format has undergone many changes since its 2002 inception. The most recent adjustment began in the 2018 tournament. As the tournament was previously dominated by NCAA and UAAP teams, the format was adjusted to give provincial teams a better chance at reaching the championship round.

UAAP and NCAA champions are now placed in a separate bracket while the other qualified teams play in their own brackets to determine the champions of North Luzon, South Luzon, Mindanao, and Visayas. The champion from this bracket then squares off against the winner of the NCAA/UAAP bracket for the PCCL national championship.

Seeding for the PCCL 2022 Tournament won’t happen until the actual 2022 PCCL regular season is  concluded.  Be sure to check back here for more information as Philippine college basketball makes its big 2022 comeback.