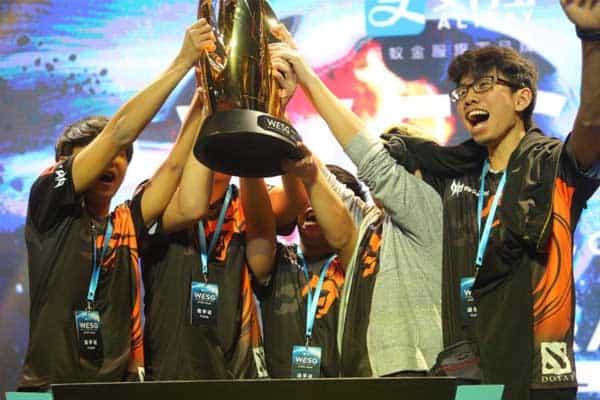 The Philippine TNC Predator was named the champion of the DOTA 2 tournament that took place March 10th at the World Electronic Sports Games (WESG). The prize consisted of $500,000 USD (PH 26,350,00).

The Philippine TNC Predator is a team of five professional gamers based out of Manila, Philippines. They have won awards for their gaming skills in DOTA 2 and League of Legends.

E-sports has become popular across the globe with many teams and players looking to showcase their gaming skills against other like-minded individuals. E-sports are a gaming competition where teams compete to win prizes, bragging rights, bets, and respect.

The World Electronic Sports Games (WESG) is an international eSports competition based in Shanghai, China. The WESG has one unique characteristic to the games, in order to compete the WESG requires all teams must be composed of players of the same nationality.

DOTA 2 is one of the more popular games at eSport competitions around the world. The game is a multiplayer battle arena game where teams of 5 players take on other teams with the objective of eliminating the competition. DOTA 2 and League of Legends are two of the most popular games to bet on and you can find betting lines for Filipino teams at BetOnline.

The Philippine TNC Predator team is sponsored by their partner TNC café. The TNC cybercafé provides a place where gamers and websurfers can come together to take advantage of online services. The Philippines is known for its bad internet service and some of the islands still have none or limited access to the internet.

The PH TNC Predators made their “champions” announcement via their facebook page.