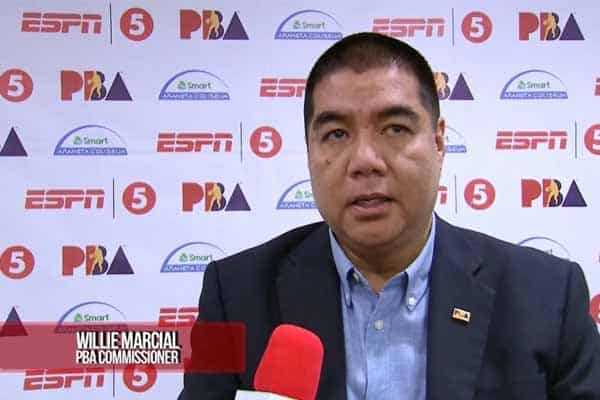 Representatives from various components of the Philippine Basketball Association are meeting in Las Vegas to plan out 2019 with a focus on the Gilas—the Philippines national men’s basketball team.

The PBA Governor’s Cup is currently in a two-week break amidst the upcoming Gilas games in a FIBA World Cup elimination bracket, giving the Board of Governors ample time to meet and make some much-needed adjustments in preparation for the 2019 World Cup in China.

PBA Board Chairman Ricky Vargas is spearheading the delegation. PBA Commissioner Willie Marcial will be in attendance at the summit.

Another item on the summit’s agenda is to officially appoint Gelo Serrano’s group as the league’s primary marketing team.

The group will draw up the 2019 league calendar with January eyed as the start of the season. The season typically starts earlier, but there is to be another break in order to accommodate the Gilas and their qualifying efforts for the 2019 World Cup.

One main objective of this summit is to develop a way of doing everything possible to assist the Gilas without taking away from the PBA’s regular season. The national team is of the utmost importance, especially since the Gilas have a shot of qualifying, but the league representatives don’t want to sacrifice league exposure as an expense.

If the Gilas do end up qualifying, betting figures will increase for the national team. The PBA is expected to benefit as well since the spotlight would be on basketball in that scenario.

Basketball is one of the most popular sports in the Philippines, so a berth in the 2019 World Cup in China would bring many socioeconomic benefits to the country. President Duterte’s aversive stance on gambling could limit betting options, but there are still numerous legal avenues to place wagers on the Gilas and any team in the PBA.

League officials will come out of this summit with a structured plan on how to increase the appeal of the PBA while simultaneously supporting the Gilas in their international endeavors. If they can hit both markers, Philippines basketball is looking at a positive 2019.