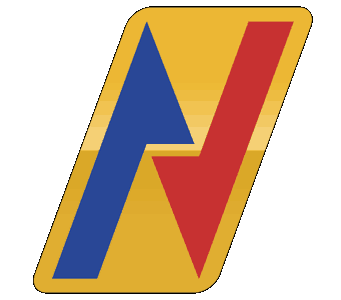 Over 35 million Philippine residents now consider themselves gamers, and in a response, the eSports National Association of the Philippines (eSNAP) was founded and created The Nationals – the first ever eSports franchise league in the country. The Nationals held its play-in tournaments – aka The Road to the Nationals – in 2018 and was inaugurated in 2019. Since then, Philippines eSports betting has taken off, with many of the top international betting sites for Filipino punters offering a full slate of online gambling opportunities in the eSports realm.

While it’s legal for domestic sportsbook operators like MegaSportsWorld to offer eSports odds, it is not legal for MSW to offer odds on native Philippine players or teams. Thus, legally betting on The Nationals Philippine eSports league is only possible via international online sportsbooks. These sites also let Philippine gamers and fans of eSports bet on some of the biggest eSports leagues and tournaments in the world for games like Dota 2, League of Legends, CS:GO, Overwatch, and Rainbow Six Siege,  among others.

In 2018, from August to October, all Philippine gamers (under 18 requires parent permission) were allowed to compete in the eSports elimination tournament known as Road to the Nationals.

This tournament was broadcast on ESPN5 and featured three games: Dota 2 for PC gaming, Mobile Legends for mobile gaming, and Tekken 7 for console gaming. Gamers were permitted to enter any one of the three tournaments but were limited to playing in only one category each.

Once the elimination round concluded in the middle of October, the final tournament was held on October 26-28 at ESGS 2018 in the SMX Convention Center located in Pasay City. Winners from the games were automatically eligible to be drafted to one of The Nationals eSports leagues’ six teams, where Philippine gamers are given a monthly salary and are officially recognized as professional gamers competing in domestic, international, and possibly even Olympic eSports tournaments in the future.

Here are the six Philippine teams of drafted players for The Nationals, current as of Q4 2020: 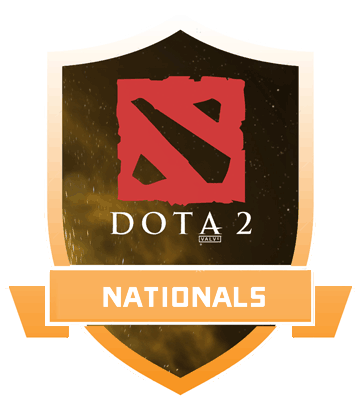 Dota 2 is a free-to-play MOBA (Multiplayer Online Battle Arena) created by Valve and is a sequel to a community-made mod for Warcraft III known DotA (Defense of the Ancients).

Today, Dota 2 is widely considered to be the most popular video game among Philippine gamers, who account for roughly 10% of the Dota 2 player base, according to Steam.

The competitive MOBA pits two teams of five players each controlling one of over a hundred possible “Heroes” that both teams can draft before the start of each Dota 2 game.

The goal of the game is to destroy the “Ancient,” a large structure location inside the enemy base. To do this, all 10 Heroes gather experience and gold from killing AI monsters, Heroes on the opposing team, and destroying defense towers guarding the opponent’s base. Experience unlocks new abilities for Heroes, and gold allows players to buy items that can greatly strengthen the stats of their Hero or give them the ability to do things like teleport or turn invisible. Getting both items and experience faster than one’s opponent increases the odds of winning, but a winner is not decided until one team can destroy the opposing team’s Ancient.

Mobile Legends is one of the most popular mobile games in not only the Philippines, but all of Asia, and was created by Moonton, released on both Android and iOS devices in 2016.

Each competitive game of Mobile Legends, like Dota 2 and other MOBAs, has two teams of five, and players can select one of many Heroes to play the game with. The game also splits the map into three lanes (top, middle, bottom) connecting the bases for the two teams. Each base has several turrets and minions that can be killed for gold and experience, strengthening the power level of the Hero a player has selected.

While the structure and goal of the game (i.e. “destroy the crystal in the enemy base”) is like most MOBAs, the way a gamer plays the game is completely different since a player uses a touch screen on a mobile device as opposed to a traditional mouse and keyboard or controller. This twist means players must have finger-precision accuracy when controlling their Heroes if they are to win a game of Mobile Legends.

Unlike the other two titles to be featured at The Nationals, Tekken 7, like many fighting games, is not a team-oriented eSport and is strictly a battle between two players via 1v1 combat.

Depending on the round of a tournament or league (i.e. group stage, semifinal, final, etc.), both players select a fighter and then play rounds in a best-of series, which is typically best-of-3, -5, or -7 rounds. Each round lasts a maximum of 60 seconds, and each fighter has a health bar. There are two ways to win a round in Tekken 7:

If both players have the same amount of health in their bars after 60 seconds, then the round is considered a draw, and the round must be replayed. To do damage to an opponent’s health bar, each fighter comes with a variety of moves and different skill sets that come with advantages and disadvantages. For example, one fighter might be strong but slow while another fighter might be weaker but fast. The winner of a match is decided when a player wins the majority of the rounds in a best-of series.

Additional Resources for The Nationals