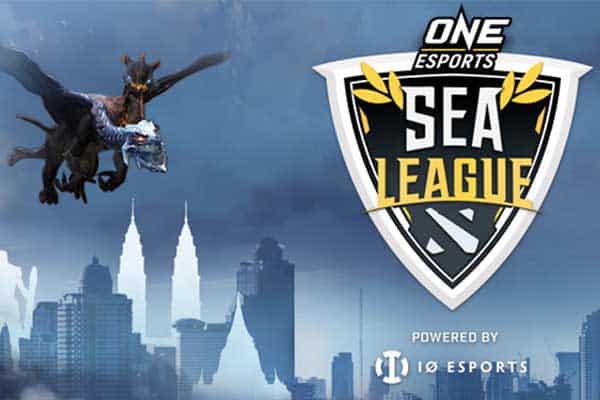 ONE eSports and IO Sports are launching a Dota 2 SEA league that will compete for a prize pool of $100,000, and the TNC Predators are joining in the competition to represent the Philippines.

The tournament will bring together ten esports teams to represent Southeast Asia. Organizations that have confirmed their entry in the competition include TNC Predator, Team Adroit, Boom Esports, Fnatic, Geek Fam, Reality Rift, and T1. More teams are expected to be confirmed in the following days. The SEA Dota 2 league is now accepting registrations for the remaining team slots available.

Stand a chance to compete with us in the ONE Esports Dota 2 SEA League.

Registration closes on 3 June. Sign up now as slots are limited. https://t.co/qbC9cnqzJx pic.twitter.com/cDqRH0U5hq

The TNC Predators is an all Filipino squad that started in 2015. Shortly after their formation, they saw success in Southeast Asia finishing 5th in WCA 2015 and winning the WESG World Championship in 2016. Recently they have struggled, losing four of their last five matchups in May. Regardless of their current struggles, TNC is looking forward to the Dota 2 SEA league and hopes to wave the Filipino flag for the world to see at its conclusion.

Bettors can wager on the event by playing online sportsbooks that show action for the league. In recent years betting on esports has grown in popularity so much that many online sportsbooks have included esports in their own section. Popular sites such as BetOnline even has their own Dota 2 page dedicated to esport betting lines on the popular game.

Dota 2 is a multiplayer online battle arena game where teams can duke it out for a win. The game is based on a community-created mod for Warcraft 3. Dota 2 was first released online in 2013.

Qualifiers for the Dota 2 SEA League will kick off on June 4, 2020. Winners will then move to a round-robin tournament format on June 18 for a chance to make the playoff. The playoff will take place from July 15 to July 19, with a top prize of $40,000.